A state-of-the-art compressed air system from CompAir has helped Schaeffler to save up to one million Kilowatt-hours of current per year and to cut its annual carbon emissions by 2,000 tonnes at its FAG Schweinfurt works.

To meet high production demand for its anti- friction bearings for the aviation, automotive and engineering industries, the company operates round-the-clock and needs to guarantee the availability and energy efficient operation of its compressed air supply at all times.

Following an air audit to identify weaknesses in its ageing air system, Schaeffler found that its 13 compressors, each 42 years old on average, were both inefficient and uneconomic, with no automatic control functionality. The company decided to restructure its compressed air supply completely and, following tenders from several leading compressor manufacturers, chose the CompAir turnkey design as the best in terms of low energy consumption, air availability and utilisation of waste heat to cover the work’s immense hot water requirements.

In addition to the planning, installation and project management, which was managed without disturbing ongoing production, CompAir was also awarded a 10-year maintenance contract, including all routine servicing and the supply of spare parts.

Benefits at a glance

Production at Schweinfurt is continuous, running from 22:00 on Sundays to 22:00 on Saturdays, with differing air capacity requirements and corresponding energy consumption during these times. To cover the major peaks in compressed air demand in the week whilst at the same time minimising downtime losses during off-peak times at the weekend, CompAir designed the installation with a combination of turbo and smaller screw compressors.

Three TA 3000 turbo-compressors, with a control range of 3,800 to 5,400 Nm 3 /h handle the basic load and are infinitely variable, so that they can offset pressure fluctuations with no energy losses. These compressors reach maximum efficiency levels at full load during peak demand, so the two smaller L200 fixed- speed screw compressors, operating at 1,700 Nm3/h are used only during periods of lowest demand, to ensure economic air production at all times. During downtime at the weekend, only one screw compressor is and as production increases during the week, the various running compressors start up until the three turbo compressors are running at maximum capacity. In addition, the installation is engineered so that production can continue without delay, even if one of the main compressors fails.

The waste heat generated in producing the compressed air is recycled to heat the works’ water supply and may in the future be used to process used emulsions also Commenting on the compressors’high energy efficiency Schaeffler’s plant management department added, “The installation will enable savings of some one million kilowatt-hours of current per year, which could cover the annual energy requirements of around 330 homes.”

CompAir’s intelligent controller manages the installation automatically and selects the optimum combination of compressors to ensure that performance is matched to actual air demand at all times. In addition, it monitors the running time of all the individual system components, to assist with routine servicing. The customer concludes, “It took just six months from when the order was placed to the commissioning of the installation – this is first-rate timing for such a large installation.” 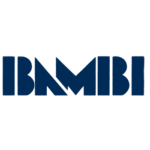 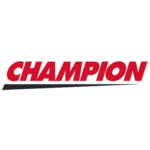