You are here: Home / Air Treatment

Water vapour is another natural ingredient which can be found in variable amounts in the air. The amount of water vapour and contamination of the air plays a vital role in the compression process and in the quality of the air delivered by the compressor.

The damaging and corrosive properties of water are well known. Untreated air at atmospheric pressure contains large amounts of water and other contaminants such as oil droplets and dirt particles.

When the air is compressed the concentration of moisture and other contaminants increases. If allowed to remain in the system this corrosive mixture has a detrimental effect on pneumatic equipment, causing unnecessary production downtime, product spoilage and reduced equipment life.

J&J Air Systems are honoured to receive acknowledgement from HM Government, the Cabinet Office, in recognition of our services and contribution in the National fight against Covid19 Downloads HMG Letter to J&J PDF

Our customer manufactures a wide range of specialist polymer products in the UK and had an urgent requirement to produce a Pneumatic system for producing PPE Equipment in the form of protective aprons for use by the NHS.   J&J Air Systems have designed and supplied a low cost Pneumatic system for the mass production […]

University Collage London ‘UCL’ officially launch the Dna Nudge “on-the-spot” swab and DNA tests which will help distinguish between Covid-19 and other seasonal illnesses. J&J Air Systems have been working with UCL since February 2020 and are delighted to have contributed, in the successful development of the Covid19 test equipment. The company working with the […]

Following recent Government guidance and advice relating to Covid-19 and we are implementing all the latest health advice from HM Government. Our priority is to keep all our client’s, employees, colleagues and business partners safe, supported and informed. J&J Air Systems fully appreciate the support from customers, and the commitment of all our employees at […]

J&J Air Systems are pleased to be working in collaboration with Imperial College London and the NHS Trust. Founded in 1907, ICL builds on a distinguished past-having pioneered penicillin, holography and fibre optics and is one of the world’s leading universities. J&J Air Systems is working directly with ICL to enable clinical research on a quick Lab-free COVID 19 […] 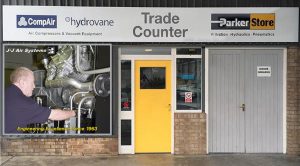